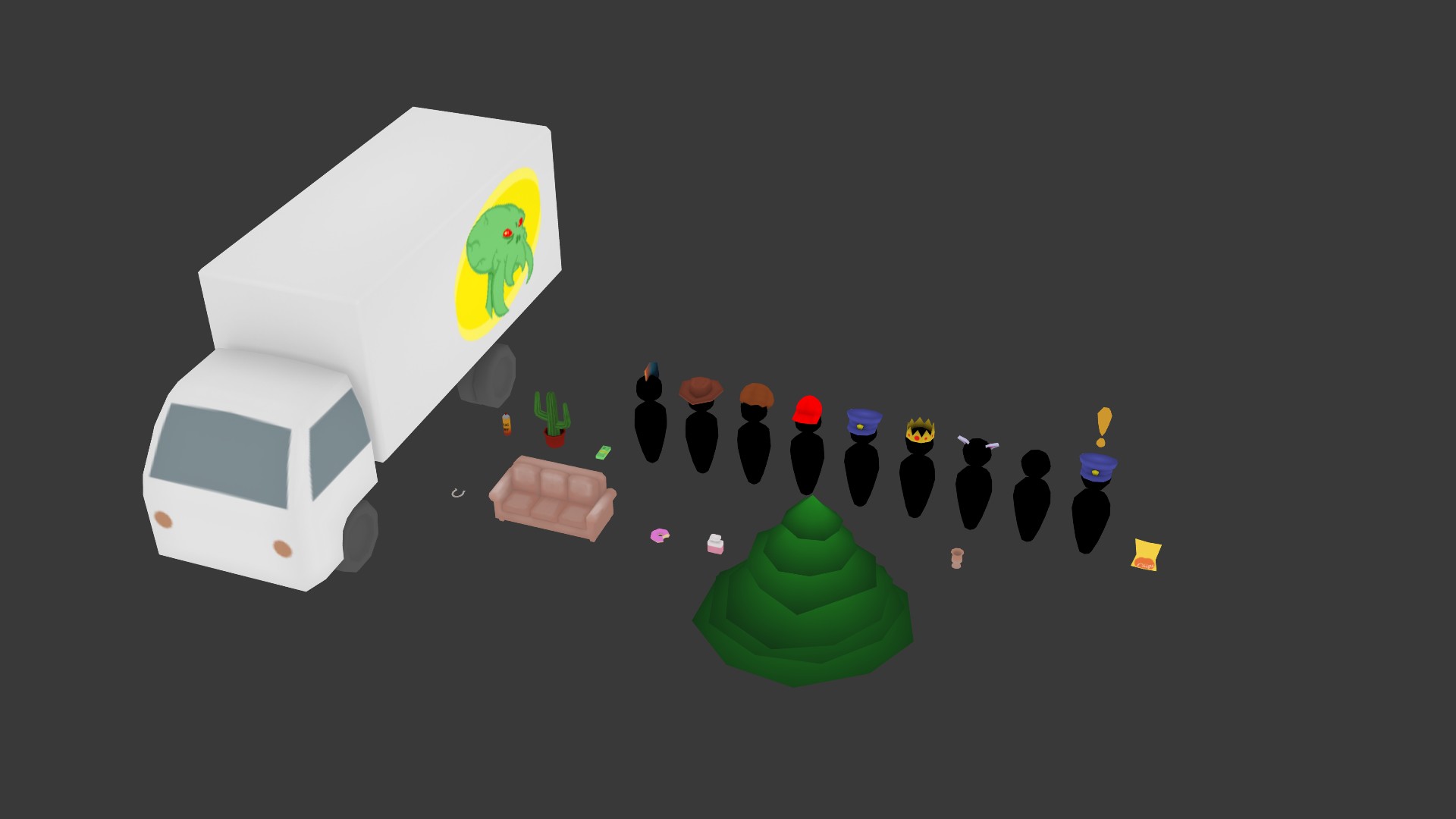 So, I did the Global Game Jam this year. It was crazy, and fun, and crazy fun. I met some awesome new people, and dusted off my modelling skills for 48 hours. The above image contains the majority of assets I made. Most of the textures were made by me, but the Cthuhlu logo was made by my good friend, and fellow artist on the project, Corey Sewell. So, as a look back on the project, I’d like to go over the good and the bad.

The game is called Mall of Cthuhlu. It stars a disciple of the Elder God, tasked with stealing a random item from the mall. All of the guards know about this person, and will arrest them on sight. The disciple must hide and block the guards from apprehending them so they can successfully grab the item and send it back to their truck.

All in all, I thought it was a fun experience, and I’d do it again. Thanks again to Corey and Noah for teaming up with me, Tree of Audio for producing some lovely audio assets, UBC for hosting the jam, the volunteers, and the people that put on the jam. You are all great.